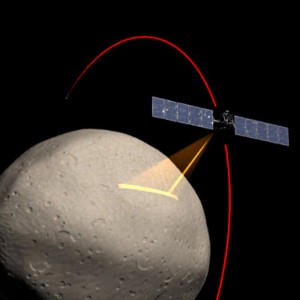 This is an extra special treat for all who are interested in space/science in Southern California.

On this coming Saturday (Aug 6th 2011) from 1pm – 6:30pm you can attend a special celebration put on by JPL & NASA to share news and information about the Dawn spacecraft that has recently setup orbit around Vesta – the 2nd largest body in the Asteroid Belt.

EXTRA SPECIAL TREAT – Bill Nye (The Science Guy) will be there.   Don’t miss this!

More information on the event is available on the NASA/JPL site here.

Welcome to the Asteroid Belt! You and your family are cordially invited to VESTA FIESTA, a party dedicated to celebrating NASA’s Dawn Mission’s adventures as the spacecraft is captured into orbit around the protoplanet Vesta and begins the exploration of this thrilling new world. Dawn will spend about a year in orbit around Vesta, the second most massive object in the main asteroid belt, located between Mars and Jupiter, before continuing on to orbit Ceres – the most massive body in the asteroid belt.

Bring your family! Watch Rosetta Mission scientist Dr. Claudia Alexander “Cook Up a Kitchen Comet” using dry-ice and her secret ingredients. Leap into hands-on science activities: ride along with Dawn’s ion propulsion system in a cool interactive, make your own asteroid model, and touch a genuine iron meteorite while checking out a vast meteorite collection—including one from Vesta! Meet real NASA scientists and ask the questions you’ve always wanted to ask.