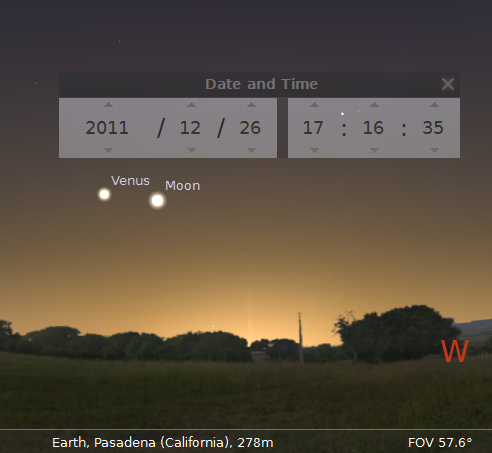 Venus will be just 7 degrees to the left of the Moon on Dec 26th. Image from Stellarium.org

Go outside just around sunset (which is 4:50pm)… and you will get a treat of the very “young” Moon as a small sliver of a crescent in the Southwest – and just 7 degrees to the left is the bright planet Venus. If you hold up your fist at arms length that is approx 10 degrees so you can use that to judge how far Venus and the Moon are from one another.

Here is a challenge. Go out BEFORE sunset and see if you can find the Moon and then using the fist at arms length trick – see if you can see Venus IN THE DAY TIME.

You’ve probably already noticed that bright “star” low in the west just after sunset.  Then the other bright “star” that has been slowly getting higher in the east over the past few months. Of course they are Venus (in the West) and Jupiter (high up in the ESE).

Other than any bright plane (or the Space Station) these will be the brightest things in the sky for a while. Cool thing is by taking a look at these every night (all right.. every couple of nights if you aren’t as crazy about this as I am) you can get a front row seat on what it is actually like to be on a spinning body (the Earth) that is making it’s way around the sun.. while these other planets are doing the same thing. By noticing their movements over the weeks ahead you can get real personal understanding of just what is going on with all these planets.

I’ve created a simple animation video that shows you these planets as they do their orbiting thing over the next month.

The video shows the position of these two planets at 6pm each night for the next month. Notice how Venus is getting higher in the west as Jupiter is heading closer to it. By March they will be REAL close. 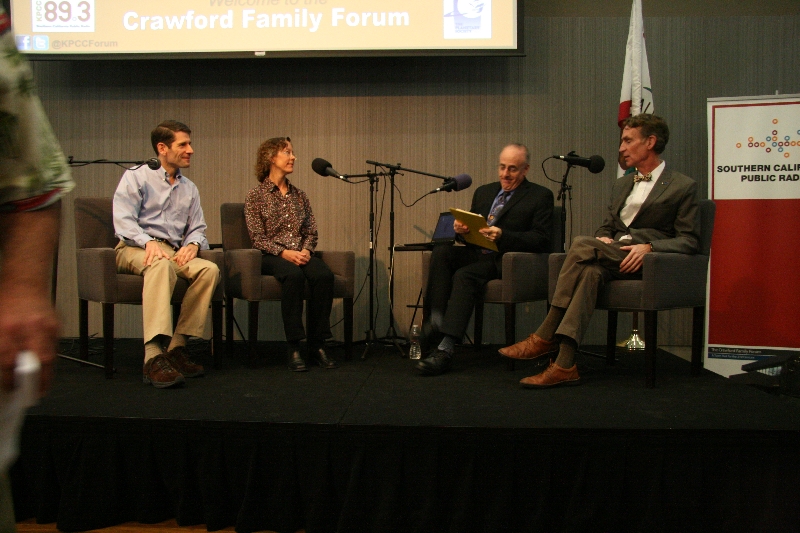 Mat Kaplan (center right) is the host of Planetary Radio chatting to guests John Callas (JPL MER) and Joy Crisp (JPL MSL) to the left and of course Bill Nye on the far right.

Planetary Radio Live – hosted by KPPC at the Crawford Family Forum in Pasadena on December 17th was a treat to the packed audience.

The key guests of the show were John Callas and Joy Crisp from JPL.    The audience learned about the important discoveries made by the Spirit and Opportunity rovers after more than eight years of incredible service.  These discoveries are now going to be expanded upon by the new Mars Science Laboratory (“Curiosity”) which is currently on-route to Mars (scheduled for landing August 15 2012). END_OF_DOCUMENT_TOKEN_TO_BE_REPLACED 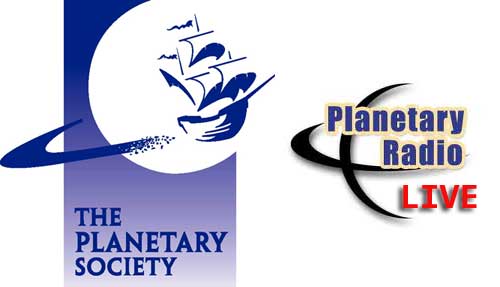 I am very excited to be attending the next “Planetary Radio Live” show this Saturday December 17th.

Planetary Radio LIVE returns to the Crawford Family Forum with another exciting show about space exploration. Bill Nye the Science Guy will join host Mat Kaplan for an exciting conversation about two robotic emissaries of humanity on the Red Planet.

Fans of the final frontier will be entertained by an appropriately spacey duo, local jazz vocalist KJ Williams and guitarist Laurence Yeung. KJ is also a roboticist with a Caltech PhD.

Your knowledge of space trivia may win you a Planetary Radio t-shirt!

Currently the event is at capacity.  Please email Forum Coordinator Jenny Smith at jsmith@kpcc.org to be added to the waitlist.